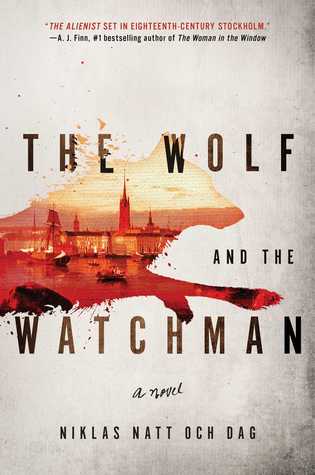 In this breathtakingly bold, intricately constructed novel set in 18th century Stockholm, a dying man searches among the city’s teeming streets, dark corners, and intriguing inhabitants to unmask a ruthless murderer—perfect for fans of Perfume and The Alienist.

It is 1793. Four years after the storming of the Bastille in France and more than a year after the death of King Gustav III of Sweden, paranoia and whispered conspiracies are Stockholm’s daily bread. A promise of violence crackles in the air as ordinary citizens feel increasingly vulnerable to the whims of those in power.

When Mickel Cardell, a crippled ex-solider and former night watchman, finds a mutilated body floating in the city’s malodorous lake, he feels compelled to give the unidentifiable man a proper burial. For Cecil Winge, a brilliant lawyer turned consulting detective to the Stockholm police, a body with no arms, legs, or eyes is a formidable puzzle and one last chance to set things right before he loses his battle to consumption. Together, Winge and Cardell scour Stockholm to discover the body’s identity, encountering the sordid underbelly of the city’s elite. Meanwhile, Kristofer Blix—the handsome son of a farmer—leaves rural life for the alluring charms of the capital and ambitions of becoming a doctor. His letters to his sister chronicle his wild good times and terrible misfortunes, which lead him down a treacherous path.

In another corner of the city, a young woman—Anna-Stina—is consigned to the workhouse after she upsets her parish priest. Her unlikely escape plan takes on new urgency when a sadistic guard marks her as his next victim.

Over the course of the novel, these extraordinary characters cross paths and collide in shocking and unforgettable ways. Niklas Natt och Dag paints a deliciously dark portrait of late 18th century Stockholm, and the frightful yet fascinating reality lurking behind the powdered and painted veneer of the era.

This book was a gamble for me.

This is Niklas Natt Och Dag’s first novel which was hailed as the Best Debut of 2017 by the Swedish Academy of Crime Writers and ended up being published in thirty countries. “He is a member of Sweden’s oldest surviving noble family, and his last name translates in English as “Night and Day.” He lives in Stockholm, Sweden, with his wife and two son.”

That in itself intrigued me enough to give this book a go.

I’m so glad I did. I will warn you that there is a darkness, a feeling of despair and morbidity that some may not be able to tolerate.  There is also a setting placed in a time that is considered bleak and at times intolerable. Not a great read for the faint of heart.

The writing is strong and paces slowly but holds your attention because of subject matter. You’ll find yourself drawn into a time and setting that is both compelling and repelling. There will be intrigue and perhaps a bit of fascination for the era and how human nature can lower itself to reprehensible levels many never fathom.

It’s a tough read in what it makes you feel, the emotional fractures and darkness you’ll experience won’t turn you off but will exacerbate a building tension of anger and desire for redemption. Niklas Natt Och Dag is destined to becoming a literary genius.

The murder in itself portrayed within this book’s pages is horrific and indicative of the setting and era. The writing opens a door to history that not many would know but should.

This book gives a look at human nature under a microscope, revealing all the negative aspects humans are capable of, all the possibilities of committing horrendous acts against each other, and the potential of getting away with them.  It also shows human nature’s inclination toward hope and wanting what is right, what that retribution can mean for those less likely to gain it.

I was held from beginning to end, my attention tightly gripped by the author who mesmerized me with his blatant honesty. I hated and loved his writing, not because of the skill it was artfully comprised with, but with what that writing forced me to acknowledge as it was revealed with a boistrous finality.