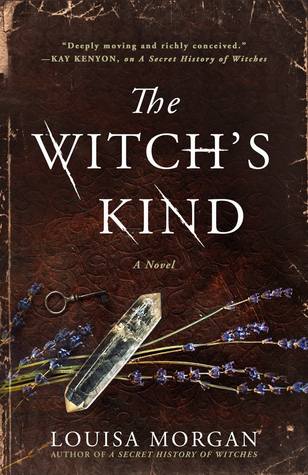 From the author of A Secret History of Witches comes an absorbing tale of love, sacrifice, family ties, and magic, set in the Pacific Northwest in the aftermath of World War II.

Barrie Anne Blythe and her aunt Charlotte have always known that the other residents of their small coastal community find them peculiar — two women living alone on the outskirts of town. It is the price of concealing their strange and dangerous family secret.

But two events threaten to upend their lives forever. The first is the arrival of a mysterious abandoned baby with a hint of power like their own. The second is the sudden reappearance of Barrie Anne’s long-lost husband — who is not quite the man she thought she married.

Together, Barrie Anne and Charlotte must decide how far they are willing to go to protect themselves — and the child they think of as their own — from suspicious neighbors, the government, and even their own family…

I received this in exchange for my honest review.

Wow what a mixture of stuff to find. There seemed to be cross-over genre elements between science fiction and fantasy. Mermaids, aliens and witches oh my.  Actually, the witchy parts were not really strong as expected if you note the title, but still very entertaining.

There’s two time-lines that could have been confusing but were skillyfully executed. There’s a mystery of origins for one of the characters, and relationships to be found that will irritate and make you feel good about.

The female character, she was a bit annoying in how she related to the principal male character, but the secondary female character was wholesome in her development. I loved all the angles, nooks and crevices of intrigue and suspense. The book did wrap up nicely but I’d love to revisit these characters again.