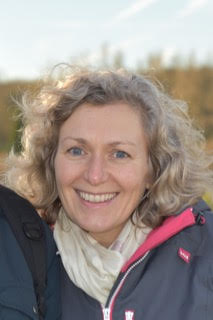 Michelle Frances graduated from Bournemouth Film School in 1996 and then from the Masters programme at the American Film Institute, Los Angeles, in 1998. Returning to London, England, she worked for several years in film and TV as a script editor and producer for both the independent sector and the BBC. The Girlfriend is her first novel.

CHECK OUT MY INTERVIEW WITH MICHELLE FRANCES! HERE 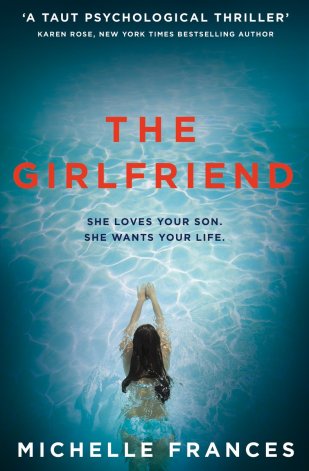 A relentlessly paced domestic noir examining a mother-son-daughter-inlaw relationship in a chilling new light.
A girl. A boy. His mother and the lie she’ll wish she never told.
The Girlfriend by Michelle Frances is a gripping debut thriller, based on the fall-out following an unforgiveable lie. It follows the charged relationship between girlfriend, boyfriend and his mother, in a triangle of lies and deceit.
Laura has it all. She has a successful career, a long marriage to a rich husband, and a twenty-three year-old son, Daniel, who is kind, handsome, and talented. Then Daniel meets Cherry. Cherry is young, beautiful and smart but she hasn’t had the same opportunities as Daniel. And she wants Laura’s life.
Cherry comes to the family wide-eyed and wants to be welcomed with open arms, but Laura suspects she’s not all that she seems.
When tragedy strikes, an unforgiveable lie is told. It is an act of desperation, but the fall-out will change their lives forever.

MY BOOK REVIEW OF “THE GIRLFRIEND” HERE

MY INTERVIEW WITH MICHELLE FRANCES HERE

“One of the best books I’ve read in a long, long time. I loved The Girlfriend!”
– New York Times bestselling author Lisa Jackson
“Reminiscent of Gillian Flynn’s Gone Girl, Frances’ psychological thriller features a dangerous triangle…All will relish the tension and surprise delivered by each development as they try to identify the villain and discover the truth right up to the shocking conclusion…”
-Booklist
“A fantastic psychological thriller….we couldn’t put it down”.
– Take a Break
“An original and chilling portrayal of twisted relationships.”
– Debbie Howells, author of The Bones of You
“In this impressively compelling debut the tension positively oozes from the pages”
– Press Association

Here’s a link to a blog where Michelle talks about why the potentially fraught and competitive relationship between a mother and daughter-in-law is the perfect basis for a thriller.

Out now in Paperback, Ebook and as an Audio Book.

BUY AT AMAZON US