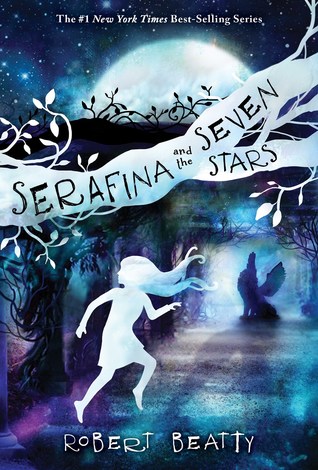 Serafina and Braeden make an epic return in the hotly anticipated fourth installment of Robert Beatty’s #1 New York Times best-selling Serafina series. Serafina, the Guardian of Biltmore Estate, has won battle after battle against the dark forces encroaching on her home. Now, tranquility has returned to Biltmore. Serafina doesn’t trust it. She patrols the grounds night and day, hardly sleeping, uncertain of her place after her best friend Braeden Vanderbilt’s departure for boarding school in New York.

When Mr. Vanderbilt, the kind master of Biltmore, asks Serafina to move upstairs into one of the house’s grandest rooms, she’s sure it’s to keep an eye on the guests who have arrived for the estate’s annual hunt.

But as Serafina investigates, she becomes more and more unsettled by what Biltmore has become-a place haunted by nameless terrors where no dark corridor is safe. Even worse, she begins to doubt her own senses. Is Braeden really hundreds of miles away, or did he return to Biltmore for one strange night before vanishing? Is the bond between them truly broken or is it stronger than ever?

Then Serafina witnesses a crime that turns her world upside down. How can all that once seemed good and worthy of protection now be evil? And how can she guard those around her when she can’t even be sure of the truth of her own heart?

Serafina and the Seven Stars marks the return of a heroine like no other, as master storyteller Robert Beatty weaves his darkest, most astonishing tale yet.

I have been reading this series since its beginning, thrilled by Robert Beatty’s writing style and usage of language.  He is a master story-teller and continues to entertain this reader with his latest installment.

In this book, Serafina is older, so the writing is done to match this fact. It’s a bit more dark and oppressive; Beatty delves into the darker and nastier depths of human nature. He shows a more complex Serafina, who is coming of age, so full of emotional conflicts and layers that she is relatable and realistic.

Beatty is often profound in his delivery. He is fully capable of pulling the reader along a bleak and dismal path with his insightful understanding of tweens and what makes them tick. He keeps his pace moving with twists and turns and wraps all pieces up in a nice tidy bow at the end for a fully resolved ending.

Beatty’s talent also shines through with character development and setting alike. He brings in new characters with equal layering and smooth transitions. You will find yourself accepting these additional changes as another plot element full of complexity and added mystery, that will only make the series develop and grow as Serafina does.

There’s magical elements but not too much to turn this reader off. Nothing Beatty does is overwhelming. Everything fits perfectly in his story and propels the series forward with a smooth transition from one plot element to the next. Fulfilling and rewarding, this series is sure to please.