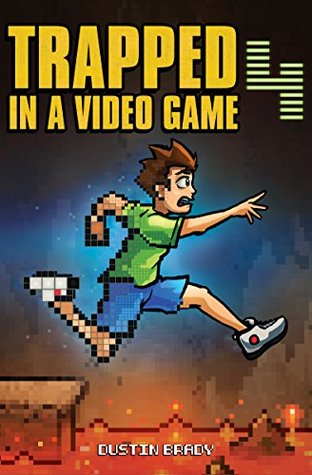 Alistair Gregory, the man who figured out how to put people into video games, is not what he seems. Jesse Rigsby is sure of that. Jesse’s sure of something else too — he’s being watched. To unravel the mystery, Jesse’s going to have to transform himself into a superspy with serious retro gaming skills. Can he pull it off before the bad guys catch on?

The one thing that I’ve noticed is regardless of the order of this series, I have been able to jump in and completely catch onto what is happening.  Each book could be a standalone

The series continues with these two main characters, Jesse and Eric, Jesse being the Protagonist and Eric, his trusty side-kick secondary character entering yet another video game with a crazy robot close on their heels.

There’s drones, sharks, robots and a nasty villain that is determined to erase them. The action and adventure never ends, and with Jesse’s level-headedness and Eric’s goofy wit, this story is just another hit to an incredible concept.

This book is geared toward middle-grade readers and I think it would appeal to both boys and girls alike.  The writer’s style is fun and vivid with excellent challenges for our characters to meet.

Two Thumbs Up For Story

A Plus for Artwork