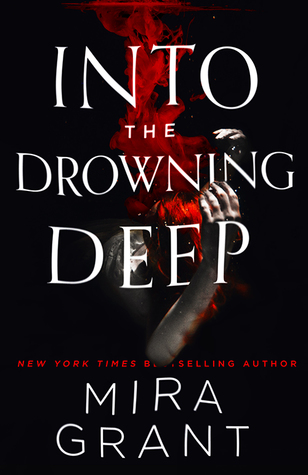 Seven years ago, the Atargatis set off on a voyage to the Mariana Trench to film a “mockumentary” bringing to life ancient sea creatures of legend. It was lost at sea with all hands. Some have called it a hoax; others have called it a maritime tragedy.

Now, a new crew has been assembled. But this time they’re not out to entertain. Some seek to validate their life’s work. Some seek the greatest hunt of all. Some seek the truth. But for the ambitious young scientist Victoria Stewart this is a voyage to uncover the fate of the sister she lost.

Whatever the truth may be, it will only be found below the waves. But the secrets of the deep come with a price.

This is an extraordinarily diverse book that explores sexual oppression and marginalization while submitting the reader to all sorts of horrific situations and monsters the author could imagine existing under the sea.

Although with so many scientific advancements in technology coming to light in this day and age, there as still some people who hold superstition regarding the Mariana Trench close to their hearts. This makes for an exciting, edge of your seat horror book.  If you like mermaid stories, mysteries about the oceans and excellent character development, then you’ve hit a home run with this book.

A lengthy read that for some have said holds slow spots, but I never encountered this. Everything offered up by the author kept the story moving including excellent and smooth plot transitions, some horrific, skin crawling moments, and perfect character arc developments and interactions.

The ending was okay, with a few loose ends.  The scientific parts made the reader pay close attention, but overall, I really enjoyed this book.