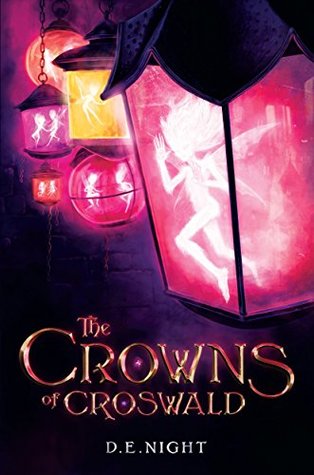 In Croswald, the only thing more powerful than dark magic is one secret…

For sixteen years Ivy Lovely has been hidden behind an enchanted boundary that separates the mundane from the magical. When Ivy crosses the border, her powers awaken. Curiosity leads her crashing through a series of adventures at the Halls of Ivy, a school where students learn to master their magical blood and the power of Croswald’s mysterious gems. When Ivy’s magic––and her life––is threatened by the Dark Queen, she scrambles to unearth her history and save Croswald before the truth is swept away forever.

Okay, so there are many similar aspects to this book as there are in Harry Potter.  People do realize that there is only one Harry Potter series? Right?

So you have a girl (instead of a boy MC) who discovers at the age of sixteen she is magical… Sixteen didn’t fit well for me while reading the book, the characters seemed younger, but okay.  Then, you have a magic school where students learn to hone their crafts… hmmm, okay… Next, a male and female best friend scenario… Right! Then a villain, evil and controlling, mostly out of fear, a plethora of magical characters and hijinks, and well… <coughs> HARRY POTTER!

WITH ALL THAT SET ASIDE…

The story read well, flowed easily from one plot point to the next and twisted and turned perfectly to keep me engaged in the story and invested in the characters.  It was whimsy and mystical, and filled with great elements that held my focus until the end.

I loved the MC, except for the age thing, and the secondary characters did their job perfectly in pushing her toward reaching her goals.  Ivy is a well-developed, fleshed out character that many readers will gravitate toward. She is ordinary, quirky and a bit too curious for her own good.  A fully rounded character, flawed and enjoyable, Ivy is well-written and her character arc perfectly drawn.

The world the author built is awesome! All the magical creatures and characters add to the atmosphere of the school and the magic system, different and fantastical, gives this book a feeling all its own.

The author’s voice and writing style is beautiful and lyrical.  Set aside Harry Potter associations, similarities and vibes when reading this book and give it a try based on its own merit of success.  A home run!