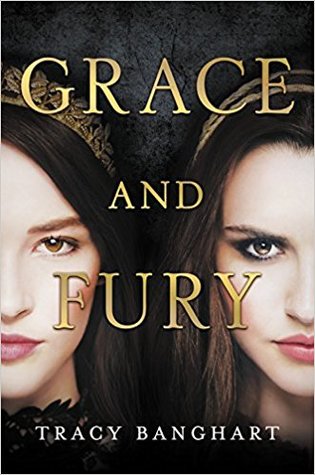 In a world where women have no rights, sisters Serina and Nomi Tessaro face two very different fates: one in the palace, the other in prison.

Serina has been groomed her whole life to become a Grace – someone to stand by the heir to the throne as a shining, subjugated example of the perfect woman. But when her headstrong and rebellious younger sister, Nomi, catches the heir’s eye, it’s Serina who takes the fall for the dangerous secret that Nomi has been hiding.

Now trapped in a life she never wanted, Nomi has only one way to save Serina: surrender to her role as a Grace until she can use her position to release her sister. This is easier said than done. A traitor walks the halls of the palace, and deception lurks in every corner. But Serina is running out of time, imprisoned on an island where she must fight to the death to survive and one wrong move could cost her everything.

This review is for book one of a series.

Book two, “Queen of Ruin,” is now out. This is a duology.

Although this book is aimed at a Young Adult audience, in truth I think it would have been more successful as a tween book. The writing would match that sub-genre better.

The characters are really good. I love their relationships with others and how they banter to break tension stirred up by some of the subject matter.  The plot was interesting but not super exciting. The story paced moderately.

This book is about equality between men and women including rights. I know this subject has been done to death, but for readers of this author, I’m certain they’ll enjoy this book. There’s a strong Handmaid’s Tale vibe and strong feminism.  Setting could have been strengthen for me somewhat and if it was less predictable, then I wouldn’t have been as bored as I was at times.

Overall, it was okay.