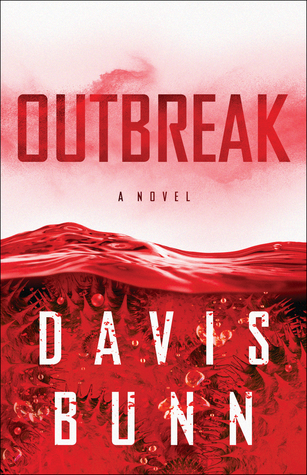 The waters off the West African coast are a menacing red, full of algae thick enough to stand on in places. In nearby villages, mysterious deaths start to occur–and the panic mounts. But before an alarm can be sounded, the sea currents shift, the algae vanishes, and the deaths stop. Everyone is relieved when things return to normal, and local government officials are happy to sweep the publicity nightmare under a rug.

An American biological researcher, Avery Madison, is dispatched by his employer to piece together exactly what happened, having long feared an ecological disaster just like this could occur. He’s had little evidence to go on before now, and what he finds in West Africa is rapidly disappearing. But Avery knows the danger hasn’t disappeared–it has just moved on.

When parts of the Caribbean start turning a familiar red right before hurricane season kicks into high gear, the implications are clear. If Avery and his colleagues can’t convince the world of what’s about to happen, toxic destruction could be loosed on American soil. Will their efforts prove too late?

This book is what I thought the sequel to the movie “Sahara” would be like if they ever made one after all the treasure was found. In the movie, there’s the fact of red algae moving through the water that was never really addressed. At the end of the movie, there was a hint that there might be a sequel.

Outbreak could be it. 🙂

Bunn’s exquisite descriptive prowess… do I need to say more?  Love the way he meshes his words to deliver the right punch! Fantastically paced, never a dull moment involving well-fleshed out characters perfectly flawed, at times annoying as all get out, and could even be people you know.

The plot was a race against time that seem to tick loudly around the events going on and kept the pace moving. Secondary characters pushed the Protagonist toward meeting goals.  Nice ride by the seat of your pants thriller! Clean and decisive writing  and a great story to be lost in.  You’ll feel like you’re right there, along for the ride and experiencing all the craziness and mayhem first-hand.