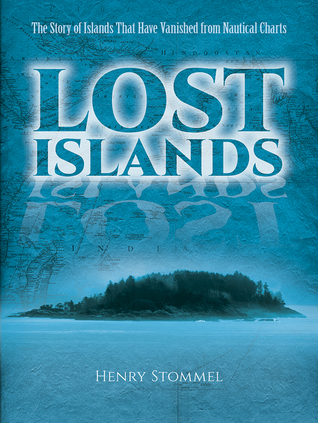 Hundreds of islands that once appeared on nautical charts and general atlases are now known to have vanished — or never even existed. How were they detected in the first place? Henry Stommel, an oceanographer and senior scientist at Massachusetts’ Woods Hole Oceanographic Institute, chronicles his fascinating research in documenting the false discoveries of these phantom islands.
British and American Hydrographic Offices compiled lists for navigators of reported dangers corresponding to the islands’ supposed locations, which formed the basis for Stommel’s surveys. These tales, which unfold according to location, blend historical and geographic background with intriguing anecdotal material. They relate how the small land formations came to be charted, who reported them, who eradicated them, and why some of them endured for so long. The chronicle of navigational errors, optical illusions, wishful thinking, and other mishaps is illustrated by scores of black-and-white images, including two 19th-century Admiralty charts of the Indian and Pacific Oceans, where most of the sightings took place.

“The Younger Dryas is one of the most well known examples of abrupt change. About 14,500 years ago, Earth’s climate began to shift from a cold glacial world to a warmer interglacial state. Partway through this transition, temperatures in the Northern Hemisphere suddenly returned to near-glacial conditions. This near-glacial period is called the Younger Dryas, named after a flower (Dryas octopetala) that grows in cold conditions and that became common in Europe during this time. The end of the Younger Dryas, about 11,500 years ago, was particularly abrupt. In Greenland, temperatures rose 10°C (18°F) in a decade (Alley 2000). Other proxy records, including varved lake sediments in Europe, also display these abrupt shifts (Brauer et al. 2008). The rate of sea level rise slowed between 14,000 and 12,000 years ago during the Younger Dryas cold period and was succeeded by another surge, “meltwater pulse 1B”, 11,500-11,000 years ago, when sea level may have jumped by 28 m according to Fairbanks, although subsequent studies indicate it may have been much less. Meltwater from glacial Lake Agassiz (southwest of Hudson Bay) draining catastrophically into the North Atlantic via Lake Superior and the St. Laurence seaway was once thought to have initiated ocean circulation changes leading to the Younger Dryas cold period. Regional removal of ice sheets, however, occurred nearly 1000 years later, and hence draining of Lake Agassiz could not likely have caused the Younger Dryas cold reversal. “

The idea that islands that were on maps four hundred years ago and now are not is incredible.  Yet, this is exactly what old historical maps show.

Black and white pictures, drawings, maps and photos are included for your study and his narrative voice used is intriguing and enticing.

The author takes his time to expertly guide the reader along a journey of ancient seaways, through superstition and disbelief, clearly explaining rumors even without providing at times, the origins of such claims and introduces you to types of vessels, treasures, findings, and of course pirates.

He focuses on Spanish and British involvement especially around the missing islands of Rica de Oro and Rica de Plata. Once celestial navigation came into play, the use of longitude at sea was used less and less because of its inaccuracy. The author then explains that this could be why islands were said to be in places they weren’t. He moves along throughout history accurately and with interesting prose, keeping facts tight and historical timelines moving. His indepth look at the use of longitude and latitude over time showed how easily an island could be transposed on a map from north to south latitude, or from east to west longitude. When it came time for the mapmakers to engrave the results of these miscalculations, you ended up with an island where it shouldn’t be.

I found this entire book full of interesting information.  Everything the author proposed was backed up with evidence.  I’m planning on keeping this book on my reference shelf and hope others pick it up to read. You’ll be fascinated with its contents.

5 thoughts on “LOST ISLANDS, THE STORY OF ISLANDS THAT HAVE VANISHED FROM NAUTICAL CHARTS, by Henry Stommel, Dover Publications”