Wellington is in secret captivity in the Sicily Isles and the Cornish are threatening to join forces with France against the English. Against this tumultuous backdrop, Hester Harewood manages to escape from the French soldiers who have killed her black sea captain father. Her rescuer – Jack ‘Crow’ Crowlas – takes her to shelter with his aristocratic family in London.

But soon they are embroiled in a web of treachery and espionage, as plans are laid to free Wellington and lead an uprising against the French occupation. Meanwhile, Crow’s younger brother throws in his lot with the Cornish rebels and threatens to bring Hester and Crow’s elaborate plans crashing down, as this spellbinding story builds towards its violent and gripping endgame.

Set in the Georgian era with heroes and heroines; this book is a beautiful, yet complicated historical fiction and I’ve devoured it totally.  We find ourselves in the closing years of the Georgian period two years since Napoleon scraped a narrow victory at Waterloo and placed his brother Jérôme on the English throne.

French troops are enforcing curfews as searches for English patriots are escorted to the French guillotines. Discontent is rising. Three main characters are focused on an aristocrat, named Kitto Helford, who’s fourteen and has patriotic ambitions; his older brother Crow, arrogant to hide a soul traumatized by war; and the daughter of a dashing (black) naval officer, Hester.

Hester’s father serves a local lord and she loves her father very much. She grew up on the island of Bryher in the Scilly Isles and life there hasn’t really been typically conventional for her status. She’s spent her childhood shooting and sailing with her father, caring for the islanders and dreaming up ciphers with her friend Caitlin, all usual accomplishments to say the least.

Hester is considered mixed-race, born of her black father and the white noblewoman who ran away to be with him causing scandal for her family. One day, when her father starts to think about a marriage that would benefit his wayward daughter, troops arrive on Bryher: the captain is cut down where he stands, and Hester makes a desperate bid for escape.

Kitto Helford has constantly been a thorn in his older brother’s side.  After very questionable behavior, Crow arrives home to chastise his younger brother in Cornwall, he finds his bothersome brother, but the most unexpected Hester who had washed up on the beach. Crow begins a crazy juggling act of jeopardy including his own secrets as a spy. Many dangers dare to expose all.

It’s a deeply involved and complicated story with many sub-plots and unexpected twists and turns. A true drama that will unfold with the reader hanging on every word. With both settings of Sicily and London created exquisitely to enhance the characters actions and their goals, the constant building of tension to the climax of the story… whew!

All the characters were perfect and well-fleshed out. (not flushed out this time) There’s smuggling and spying, romance and great character interactions.  I absolutely loved the story!

Added bonus: There’s a note of the cover art located at the back on the back cover. 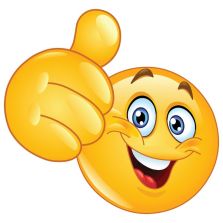