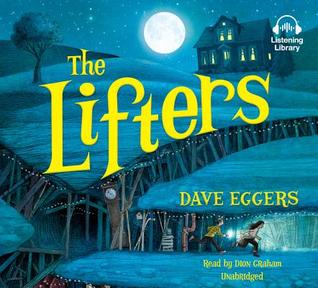 Discover an underground world full of tunnels and mystery in this middle grade adventure from the bestselling, Pulitzer-nominated author of Heroes of the Frontier and Her Right Foot.

What if nothing was as it seemed? What if the ground beneath your feet was not made of solid earth and stone but had been hollowed into hundreds of tunnels and passageways? What if there were mysterious forces in these tunnels, mere inches below you as you sit in class or eat a banana?

What if it were up to just two kids to stop these forces? What would it feel like to know the fate of an entire town rested on your shoulders?

Twelve-year-old Gran Flowerpetal is about to find out.

When Gran’s friend, the difficult-to-impress Catalina Catalan, presses a silver handle into a hillside and opens a doorway to underground, he knows that she is extraordinary and brave, and that he will have no choice but to follow her, and help her save the town (and the known world). With luck on their side, and some discarded hockey sticks for good measure, they might just emerge as heroes.

In The Lifters, critically acclaimed author Dave Eggers establishes himself as a storyteller who can entertain and inspire readers of any age.

This is a complex book about a town sinking from sadness and fear.  It mimics how sadness and fear can sink a person to incredible depths. There’s a lot of innuendoes and metaphors that stand out.  Sometimes, however, it feels like there’s more about these metaphors than there is character development.

I understand the moral of the story but with week one dimensional characters, it was hard to connect with the characters and stay invested in the story.  Although aimed at a younger middle-grade reader, I would find it hard to believe that they would stay interested in the book just because of the moral and with little to relate to when it came to the characters.

The premise is what enticed me to read this book and even though I did enjoy it, I don’t think it’ll stand out in my mind as being one of those “great” reads that I’ve reviewed.

Short chapters and beautiful cover, but will it be enough for kids to read?  THAT is the question…