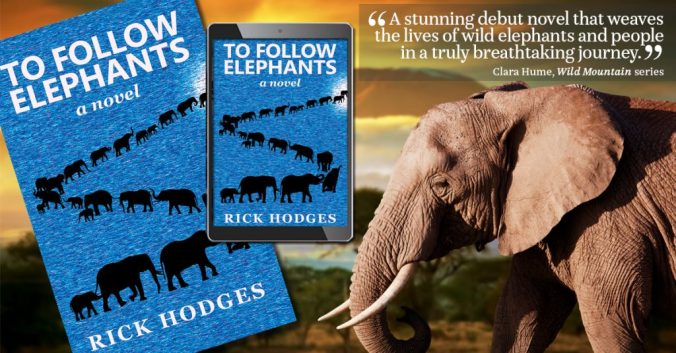 As a young elephant learns the ways of the world from his herd’s matriarch, 18 year old American Owen Dorner travels to Africa to meet his father for the first time.

Plunged into the corrupt underworld of Colonel Mubego, a conniving prison warden and former revolutionary fighter, Owen seeks friendship amongst unlikely allies and finds meaning in the world of elephants. Biologist Wanjeri Mubego, the colonel’s niece who is happier among the wildlife in her native Kenya than with people, helps Owen discover the truth about his father, Karl.

A U.S. Army captain, Karl Dorner has lived in a dusty African prison cell since Owen was a small boy. Could Karl, accused of helping a local rebellion, be a hero, and not a traitor? Karl isn’t telling.

In a moving portrayal of elephant civilization parallel tales of intrigue and survival unfold, masterfully enriching our understanding of what it means to be human.

Quotes from within the novel

“Every youngster must be led at least once to the mountain and the caves that gave birth to all elephants and told the story of the first elephants who emerged from the earth.”

“Owen had seen so many wonderful, terrible, and strange things in Africa, but never did he imagine he would witness an entire herd of elephants eating dirt in a cave.”

“Long before the elephant appears at the window, Owen senses the animal’s rich odor and the faint sound of his four huge, flat feet compressing the soil wetted by the rains that began a week ago.”

“Mubego had just drafted Karl into his rebellion and slipped away without giving him a chance to respond, or even think about it.”

“Wanjeri hiked in silence, and though Owen knew the quiet would suit her fine all the way up, he couldn’t wait any longer to finally talk to her alone.”

“She had slept here a few times with no companions but the elephants, but this was the first time she had shared this secret place with anyone else.”

“Wanjeri felt a strange, disturbing power that moment. It was the power of knowing a secret important to someone else.”

Rick Hodges is a writer and author whose written works are as diverse as his life experiences. He enjoys a deep appreciation for the natural world on a simple, introspective level, informed as much by digging in the dirt as a child or beekeeping as a teenager as by travels to great landscapes. A voyage to East Africa, and the experience of seeing how the people there lived in tandem with wildlife, inspired his novel, To Follow Elephants.

His daytime career as a writer for non-profit groups and journalist in Washington, DC, has given Rick the chance to write about a wide variety of topics and experiences. Government, politics and business issues have all crossed his desk, of course, in the form of news items, fundraising appeals, speeches and congressional testimony. But his published portfolio also includes a nonfiction instructional book for high school students about the Muslim world, an article about the best way to make coffee that appeared in the Washington Post Food section, a humorous essay about raising a child with a disability, an article about airline collision avoidance systems he wrote after riding on a demonstration flight involving his plane flying head-on at another, and a story about a town that united to make a dying boy’s last day the best of his life, among many others.

For more details about Rick Hodges visit his author page