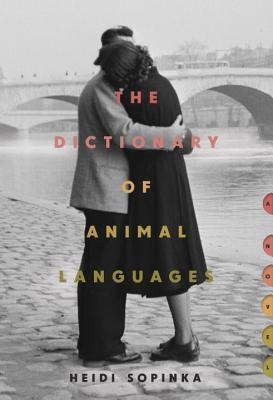 Ivory Frame is a renowned artist. Now in her nineties, the famously reclusive painter remains devoted to her work. She has never married, never had a family, never had a child. So when a letter arrives disclosing that she has a granddaughter living in New York, her world is turned upside down and the past is brought painfully to life.

Disowned by her bourgeois family, the young Ivory had gone to interwar Paris to study art, and quickly found her true home among the avant-garde painters and poets who crowd the city’s cafes. In fellow painter Tacita, she finds the sister she never had. In the Zoological Gardens, she finds a subject for her art capable of fascinating her endlessly. And in Lev, the brooding, haunted Russian emigre painter fleeing the Revolution and destined for greatness, she finds the love that will mark her life forever.

But she loses all this, and more, when the Second World War sweeps away the life she has only just discovered. In her grief, she turns to the project she had begun in Paris, and which will consume the rest of her life: a dictionary of animal languages. Part science, part art, the dictionary strives to transcribe the wordless yearning of animals, the lonely and love-laden cries that expect no response.

By nature solitary, Ivory withdraws fully into herself as she pursues her life’s work. Until the discovery of one of Lev’s paintings from 1940, inscribed to Ivory and now worth a fortune, brings to light a secret from her time in Paris that even Ivory could never guess. Now in her nineties, she is forced to acknowledge afresh all she has lost, and also to find meaning and beauty in a world defined by longing.

Masterfully written, and emotionally charged, The Dictionary of Animal Languages is about love and grief and art and the realization that, like tragedy, the best things in life arrive out of the blue.

The writing in this book is lyrical and flowing. Yes, it moves slow so don’t go in to it thinking because it’s a thin book, it’ll be a quick read.  It’s not meant to be that.  Do not rush through this book. Savor every moment for its intended, emotional tidal wave or thoughtful revelation.

You are seeing this story through the eyes of a woman who is in her nineties who has suffered and been thrown away from her real family.  She sought comfort in a less than noble man who took advantage of knowing her situation and her secret desires.  He succeeded in creating more painful memories, ones Ivory chose to try and forget.  If you read this book and are left feeling empty and hollow, then you’ve felt how Ivory felt and why the author wrote the story the way she had.

I did find issues with the perspective jumping between past and present and felt it could have been handled better.  I also would have loved fifty more pages that answered a few things or explained them better for me.  The book was too short and several of the more poignant parts deserved better lead-ins since these were sections that seemed too blunt and irrelevant at times.

For a first book, I think the author has something here and sure it won’t be for everyone. I doubt a younger crowd would enjoy it as much as those from my generation might.  You really need to take your time to appreciate Ivory’s life savoring each glimpse into her past for what it is and not for what you would like to see it be.  This character went through a long life with painful experiences and had tried to survive as best as she could until Lev came along with all his contradictions and pain to bring her down to a depth that no one should have to experience leaving her with regrets and pain.